Every nine minutes, the American government authorities respond to another report of child sexual abuse. Child sexual abuse can include sexual contact with a child, but it may also include other actions, like exposing oneself, sharing obscene images, or taking inappropriate photos or videos of a child.

These crimes can have a serious impact on the life and development of a child, and often continue to impact them later in life. Learning the warning signs of child sexual abuse is often the first step to protecting a child who is in danger.

Signs that a child may have been sexually abused:

It’s not always easy to spot sexual abuse because perpetrators often take steps to hide their actions. Some signs are easier to spot than others. For instance, some warning signs might be noticed by a caretaker or parent and are often red flags that the child needs medical attention.

Listen to your instincts. If you notice something that isn’t right or someone in a child’s life is making you uncomfortable — even if you can’t put your finger on why — it’s important to trust your gut, continue to watch for signs of abuse, and talk to the child who may be experiencing abuse in age-appropriate ways.

This list may seem overwhelming to keep in mind when looking out for a child in your life, and some signs seem to contradict each other, such as being overly compliant or oppositional, or showing regressive behaviors or advanced sexual behaviors.

The most important thing to keep in mind when looking for signs of child sexual abuse is to keep an eye on sudden changes in behavior. Trust your gut and don’t ignore your feelings if something seems off. If a child tells you that someone makes them uncomfortable, even if they can’t tell you anything specific, listen.

Signs that an adult may be hurting a child

Keeping children safe can be challenging because many perpetrators who sexually abuse children are in positions of trust—93 percent of child sexual assault victims know the perpetrator. This includes family members, members of faith communities, coaches, teachers, and other helping professionals.

Be cautious of an adult who spend time with children and exhibits the following behaviors:

It’s not always easy to identify child sexual abuse — and it can be even more challenging to step in if you suspect something isn’t right. Keeping a child away from the perpetrator may mean major changes in your own life, even if you are outside of the child’s family.

If something seems off, pay attention to that feeling and look into it further. If a child tells you that someone makes them uncomfortable, even if they can’t tell you anything specific, listen. Reach out to local sexual assault services providers.

Even if you were not sure but you have a feeling that there is something wrong going on you can always call child and family services and ask them or report anonymously.

This information was collected from and is attributed to RAINN.ORG 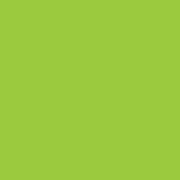