There are a million reasons why someone who has experienced sexual or family violence won’t come forward.

Sometimes there are threats to safety. Sometimes they are threatened with legal action. Other times, the person who abused the individual holds a position of power over the victim. There are a many valid reasons why someone would not come forward to tell their story or seek justice.

Actress and activist for survivors of domestic and sexual abuse Evan Rachel Wood recently came forward and named her abuser. Following years of speculation of who was her unnamed abuser, Wood released a statement claiming she suffered years of horrific abuse by shock rocker Marilyn Manson.

In her appearance on the daytime TV show The View, Wood detailed some of the reasons why she didn’t come forward or name her abuser for over a decade. She has also recently released a documentary on the subject called Phoenix Rising.

On the talk show Wood stated that there are a million reasons why someone might not come forward such as trauma, intimidation, going up against someone who is powerful with many resources and fear of retaliation.

“Society around this issue is so geared around shame, blame and victim blaming and that is by design,” said Wood. “Even the way we speak about these things. We are still asking victim the question why they didn’t leave. And the fact that we are still asking that question tells me how much work there is to do.

“Nobody ever asks why the abuser didn’t leave,” she added. “We are programmed to ask these questions. We need to start asking different questions.”

“I am sad, because this is how it works,” said Wood who is now being sued by her alleged abuser. “This is what pretty much every survivor that tries to expose someone in a position of power goes though, and this is part of the retaliation that keeps survivors quiet. This is why people don’t want to come forward.”

There are also a million reasons why someone experiencing sexual or family violence didn’t leave an abusive relationship. These are some frequent questions we often hear asked of victims: “Why didn’t you leave?,” “Why did you tolerate the abuse?,” and “Why didn’t you do something?”

We seem to be constantly asking questions to the victim of the abuse. With this “why” narrative played over and over again, we imply some type of responsibility or blame onto the victim. This is a dangerous and slippery slope we should avoid continuing to perpetuate.

English singer-songwriter FKA twigs recently pushed back on this question after an interviewer asked her why she didn’t leave an abusive relationship.

“We have to stop asking that question,” said twigs in the interview. “I’m not going to answer that question any more. Because the question should really be to the abuser: why are you holding someone hostage with abuse? People say it can’t have been that bad, because else you would’ve left. But it’s like, no, it’s because it was that bad, I couldn’t leave.”

To avoid victim blaming and to work towards eliminating violence in our community, we can flip this narrative and start asking questions like “Why are you abusing this person you claim to love?” to the abuser. The first question in our minds should be “why didn’t the abuser stop their behaviour?” The sole responsibility of the abuse and violence should be placed on the abuser.

Sarah Maetche is the communications and administration manager at the Central Alberta Sexual Assault Centre.

Article as published in the Red Deer Advocate on April 1, 2022

What we can learn from the Johnny Depp vs. Amber Heard defamation case 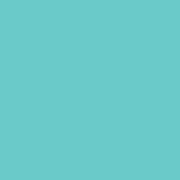 Consent – A short, yet impactful word

Victims deserve support and a voice in true crime stories